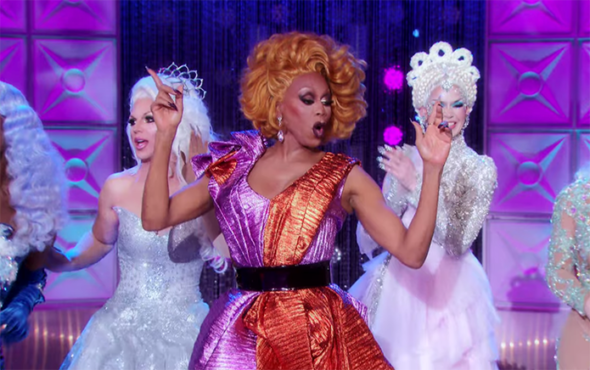 The team behind RuPaul’s Drag Race have spilled the T on how they select queens for All Stars.

The fifth season of the star-studded spin-off premiered earlier this year on VH1 to praise, and saw the return of legendary fan-favourite contestants such as Shea Couleé, Miz Cracker, Alexis Mateo, Jujubee, Ongina and Mariah.

Mandy Salangsang, co-showrunner and executive producer, said the process for picking the All Stars cast is based on their career trajectory after their original season and whether they can provide the entertaintment factor.

“We track the queens and their careers and stay in touch with them as they’re conquering the world,” Salangsang told EW.

“We know who’s interest in coming back, and that’s something we look at: Who really wants to play? Who has experienced a real glow-up? We start throwing names out. It’s people we want to see and watch on TV competing against one another.”

“Committing to do an All-Stars season, it’s a commitment. I appreciate when a queen says she’s not ready,” Salangsang explained further. “When people waffle about it or don’t feel they’re ready to perform at their best, I don’t think that makes for the stiffest competition or the most authentic work room experience.

“They know that they’re going to be tested and scrutinized in a different way. The challenges are a little harder and we expect more from them…. They’re going to compete against fiercer competition, all at the height of their careers.”

On the second, third and fourth seasons of All Stars, the two triumphant queens of the week were tasked with lip-syncing for their legacy, with the winner being awarded $10,000 and the power to chop one of the bottom queens.

All Stars 5 saw a shake-up in the format. Instead of two maxi-challenge winners, there’s one, and they will face-off against a former Drag Race lip-sync assassin. If she wins, same rules apply: cash prize and power of elimination.

But if the lip-sync assassin wins, the queen to sashay away will be determined after a majority vote from the rest of All Stars 5 cast, and the $10,000 will roll over until the next competitor wins a lip-sync.

Randy Barbato, executive producer, said the new rules came to fruition because the team “felt we needed to shake up the format” and thought Drag Race viewers would welcome the new twist (spoiler alert, we do).

“The girls we invite back are stars, so we wanted to treat them with respect and give them a platform that does them well, so when you’re trying to think of how to tweak the format, you want to do it in a respectful way, but you also want some juice.

“Making it more democratic creates an interesting layer of social experimentation on top of the heels, wigs, and makeup.”

RuPaul added: “My all-stars have competed before and experienced the rollercoaster ride of fame that comes after that global exposure. When they return for All-Stars, every aspect of the competition is turned up to 11.”

“If Drag Race is a talent competition, then All-Stars is a masterclass in surviving show business,” Ru continued, before revealing his big plans for next season: “I’m hoping we get to perform an original Drag Race Rusical at the White House.”